The Internet is a hub of information and a platform where you can connect with any person. With such a huge benefit comes a number of risks as well. There is a huge dark side of the internet and if you are not aware of them you might put yourself in a huge risk. VPN or Virtual Private Network comes handy at this position. It is basically a form of technology that can keep your online activities private hence maintaining the confidentiality of your data.

Lots of contents on the internet are restricted in different parts of the world and to access them you will need a platform that can transmit the data by maintaining privacy. VPN will let you access the restricted contents in your country with ease and is a sure shot solution to maintain the confidentiality. You can get the desired freedom on the internet that you want by using VPN. Whenever you use VPN, it encrypts all the data sent or received by you in a specific format so that no one else can catch it.

The world is dominated by Android users and daily we encounter the issues regarding privacy hence you will have to take the support of VPN apps in order to ensure the best security. Here in this article, we will provide you with the best VPN for Android which you can rely upon; 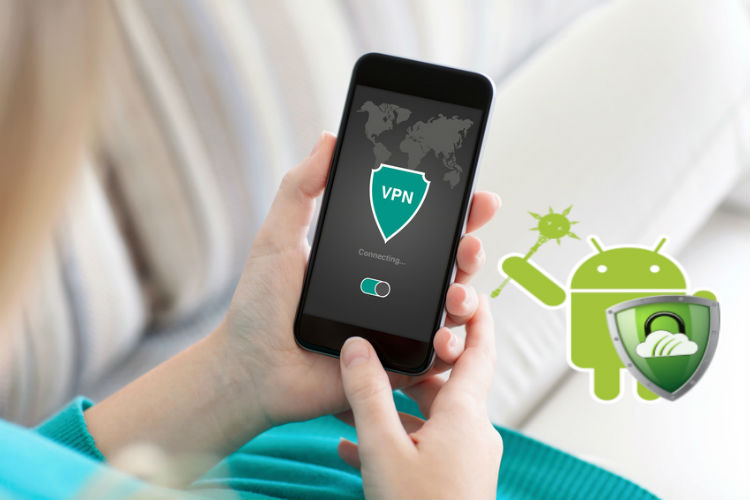 This Switzerland based VPN handles your expectations at its best and is really popular among internet users these days. Its encrypted protocols offer you the desired security. The only cache with this VPN is that it gets slower in many parts of the world because it has its servers in Asia, Europe, and North America only. This VPN has got a user-friendly interface hence you won’t get perplexed while using it. Certainly, it is one of the best VPN for android users. Vyper is bit costlier when compared to other VPNs but you won’t regret your investment.

With more than 50 million downloads on Google Play Store, this is one of the best free VPN for Android. Though it offers the option to a premium membership which will offer you better facilities. This VPN is easy to use and the best thing is that it will increase the speed of your internet by multiple times. You can visit all the restricted websites by bypassing your server.

If you can invest in a VPN app then this is one of the best VPN apps for android. The VPN is highly secured and provides you with the top-notch privacy for your data and enhances the confidentiality as well. This VPN for Android has got great user ratings on a number of rating websites which enhances its credibility. You can also monitor the fluctuations in your server speed on this app.

When it comes to VPN’s reputation in the market, NordVPN excels its competitors by a huge margin. This is highly popular VPN among the users and has built a strong wall of trust as well. The easy user interface of this VPN is another essential feature of this VPN. If you want the best VPN for android then you must consider this VPN and give it a try. The premium membership of this VPN is affordable which is just under $4/month.

If you are wondering about best android VPN then you can never ignore this VPN as this provides complete privacy to your data. The app is easily accessible on smartphones as well as tablets. It also comes with Wi-Fi security feature which is another reason for its reputation among internet users. This is one of the best free unlimited VPN for android granting you unlimited access to its platform.

If you are highly concerned about the privacy of your data then you might consider up using Hideman VPN. The mobile-only plan of this VPN will cost you less than $3 per month and for multiple devices, you will have to pay around $9 per month so if you are going to use only in the mobile device then this is one of the best VPN for android if its features are well considered.

TorGuard is one of the most strongest VPN to secure your data. It comes with military level technology and it is highly reliable. There are more than 3000 servers of this VPN in more than 50 countries. You will have to pay just $5.95/month to get the premium membership of this VPN. The best thing about this VPN is that it is compatible on different platforms; you can use it on different devices as well as operating system.

This is one of the best free VPN for Android and is completely genuine. The main attractions of this VPN are its speed and security. You don’t need to pay any amount to access this VPN and you can protect your data and enhance the privacy. The VPN works like charm in more than 60 countries and there are more than 2400 servers of this VPN which provides you with great internet speed.

This is a small sized VPN which is excellent in terms of performance and is a complete value for money. Though the VPN comes with comes in the free version, you can get the complete access by paying only $9.99 per month. Because of its size, this VPN is only available in limited countries but the performance of this VPN is what makes it highly popular among users.

These days it is not easy to find a completely free VPN for android which is good in terms of performance as well. Betternet VPN is a great option as a free VPN for Android. This VPN app for Android is highly reliable when it comes to quality. One of the best features of this app is that you can even use it without installation.

When it comes to maintaining the balance between performance and price this is one of the best VPN for android these days. You will have to pay just $3.33 per month. The consistency of this app is what puts it ahead of its competitors, though in terms of performance a lot of market leaders are far ahead of this VPN. The user interface of this VPN is not so attractive but you won’t find any major issues while using it.

This VPN is one of the best VPN for Android which comes with up to 2048 Bit encryption. It will provide you with all the features required to enhance the privacy of your data. There are no major bugs with this app which is the main reason for its popularity. You can either select a monthly plan at $10/month or a package of 3 months at $8/month or 12 months at a rate of $5.83/month.

VPN is an essential tool to protect you from a number of internet risks. They keep your information private and ensures that your data is highly encrypted. If you want to access restricted contents, Anonymous torrenting then VPN is the only option to that. Though there are a number of VPNs in the market for android above-mentioned ones are the best you can choose from. Ensure that you get them from their official website. Happy browsing!